New in April 2021: The best shows and movies on Hulu, Disney+, and Amazon Prime 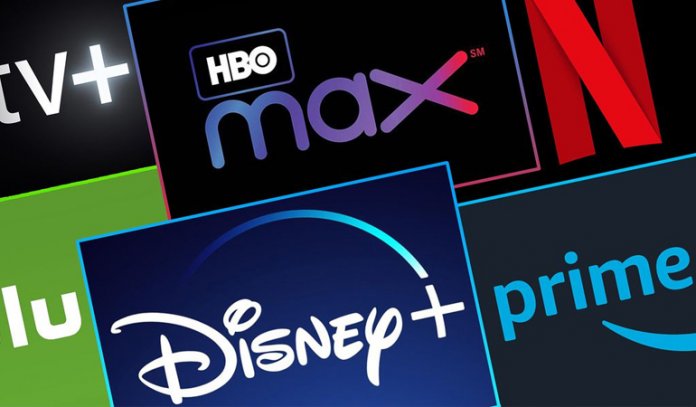 With revealing documentaries, nostalgic science fiction, family-friendly series, and no shortage of action and adventure, the top streaming services are offering plenty of content for all tastes this April. It’s time to look ahead, plan your viewing schedule, and get excited for new content as well as some old favorites.

Disney+, Hulu, and Amazon Prime Video feature plenty of new additions to their ever-growing catalogs in April 2021. We’re searched through the lists to highlight some of the most worthwhile series and films you won’t want to miss this month.

Disney+ is adding a plethora of old Star Wars content this month, and while it’s not necessarily of the best quality, it’s full of nostalgia and a fascinating look at what George Lucas was hoping the future of Star Wars would look like in the 80s. Ewok fans rejoice, as there are two seasons of the 1985 animated show coming as well as two made-for-TV movies: “Caravan of Courage” and “Ewoks: Battle for Endor.”

Fans can enjoy the first two volumes of the 2003 animated series “The Clone Wars” as well as “The Story of the Faithful Wookiee,” an animated short that was part of the absurd Holiday Special and featured the debut of Boba Fett.

This exploration of nature hopes to provide viewers with a beautiful and calming escape for the mind and spirit. Traveling around the world to stunning landscapes from glaciers to rain forests, this meditative series offers a welcome retreat for anyone who wants to dive into nature or just seek some peace and quiet.

While we won’t claim the setup of this series is particularly original — it sounds like “The Mighty Ducks” but for basketball — we are excited for John Stamos in the lead role of this family-friendly comedy. He plays a former NCAA coach relegated to lead a team of high school students at an all-girls school. Don’t expect to be shocked by the transformation that happens to a hotheaded coach who lacks empathy, but we do anticipate lots of charm and delight.

Secrets of the Whales: Premiere, April 22

A special Earth Day release, this much-anticipated documentary from executive producer James Cameron explores deep into the lives of whales, including new challenges and threats to their way of life. Filmed across 3 years in 24 different locations, this movie is expected to offer some jaw-dropping images and beautiful insights — particularly since Cameron has been dedicated to advancing film technology, specifically when shooting underwater.

The Falcon and The Winter Soldier: Finale, April 23

We already indulged in the premiere of this series, the second MCU TV show for Disney+, and we’re quite excited to see where it goes. Each episode is a bit longer than the previous entries of “WandaVision,” but the series is shorter, culminating its six-episode run on April 23. We expect some big battles and reveals, as well as teases and hints at future projects.

A new episode in this fledgling series will pop up after each new MCU entry is complete, detailing the creation of the film or series and revealing insights and ideas. Fans already enjoyed an hour-long look at the making of “WandaVision” earlier this month, and one week after the conclusion of “The Falcon and the Winter Soldier,” viewers can reveal behind-the-scenes.

WeWork: Or the Making and Breaking of a $47 Billion Unicorn, April 2

This riveting documentary explores the rise and fall of WeWork, an overvalued startup that serves as a cautionary tale for many. It follows founder Adam Neumann, who promised idealism with a newfound way to work, collaborate, and grow. As we know, however, what was being sold wasn’t what transpired, and this doc looks to be simultaneously satisfying and infuriating for viewers.

We’re ready for plenty of laughs with this new documentary chronicling the rise and success of female comedians in a male-dominated industry. Directed by Andrea Nevins, this doc takes viewers backstage with some beloved entertainers, revealing their respective journeys and ideas about the world of comedy. Among the many comedians featured are Nikki Glaser, Margaret Cho, Rachael Feinstein, and Sherri Shepherd.

Is Bigfoot real? That’s the question at the heart of this three-part documentary series from the Duplass brothers, who have run a recent streak of impressive docuseries. It investigates the grisly death of three men in California about 30 years ago. Based on the trailer, the tone indulges in hope, playing with investigative tropes and not taking itself too seriously. Even those who aren’t particularly interested in conspiracy theories may be compelled.

Greta Thunberg: A Year to Change the World, April 22

This documentary releases on Earth Day, considering the present state of the planet and what the future holds. The three-part series follows environmental activist Greta Thunberg and her idealistic quest to save the world. With a focus on slowing the steady rise of the Earth’s temperature, we travel around the world focusing on what we need to change and seeing the already-dangerous consequences that are taking place.

It’s springtime and love is in the air with this romantic comedy starring two charming leads in Emily Blunt and Jamie Dornan. Set in picturesque Ireland, the family drama unfolds over land ownership, but the real focus is the silly and corny love story that blossoms. It’s pretty well agreed that this film is not particularly great, but it’s so dedicated to its absurd, unbelievable romance that it’s sure to become an unforgettable guilty pleasure.

At long last, the fourth season of the dystopian Hulu original series “The Handmaid’s Tale” returns at the end of the month. A strong third season culminated in August 2019, and fans have been eagerly awaiting the series’s return. We’re ready for the drama, however unsettling and ominous it may be.

That Thing You Do!, April 1

It’s over 25 years old, but it is a film that still gets us stirred up and feeling the beat. The story follows a band that makes it big following the success of their massively popular single, from which the title is derived. Unfortunately, fame gets in the way of love and friendship, and their rise is followed by a precipitous fall and, later, a hopeful reunion. The title song is undeniably catchy, and Tom Hanks is great as their slick-talking manager.

This entry isn’t going to win any awards, but it will definitely satisfy a particular crowd for its unrelenting absurdity and dedication to the genre. Instead of the rom-com concept in “Wild Mountain Thyme,” “Unhinged” is a tense thriller starring Russel Crowe as an angry truck driver with a case of road rage. It proves to be a fun, guilty pleasure that looks to take itself seriously — likely leading to more than a few laughs.

We’re curious about this limited horror anthology series helmed by Little Marvin and Lena Waithe that continues a recent crop of horror stories centered around Black people and experiences where terrors include both real racism and otherworldly scares. Reminiscent of Jordan Peele’s films and HBO’s “Lovecraft Country,” these stories aim to weave violent/paranormal tales with the actual terrors of our time.

On the surface, this gory comedy-horror slash love-story looks wildly entertaining and escapist. However, it’s not too hard to deduce the inspiration for this film where high school students live every day as it might be their last. In Spontaneous, students are suddenly exploding, leading classmates to rethink their outlook on life – and two teens to fall in love.

For something a little lighter this month, check out this Amazon Prime original comedy series from the brothers Gleeson. This six-episode first season follows a misanthropic and narcissist 32-year-old who is single and lives with his mother. Domhnall Gleeson stars as his goofy friend, and comedy ensues as Brian tries to get a grip of reality — and his feelings.

The month concludes with a film that might just be the most anticipated on the list. Based on Tom Clancy’s thriller, “Without Remorse” stars Michael B. Jordan as a Navy Seal who discovers an internal conspiracy while on a quest for revenge. Jordan dazzles in every role, and while he’s had some dramatic turns, we’re excited for a starring heroic vehicle with plenty of action and tension.

MORE SHOWS TO WATCH ON DISNEY+ IN APRIL 2021

MORE SHOWS TO WATCH ON HULU IN APRIL 2021

MORE SHOWS TO WATCH ON AMAZON PRIME IN APRIL 2021

Difference Between Rimfire Vs Centerfire – A Beginner’s Guide