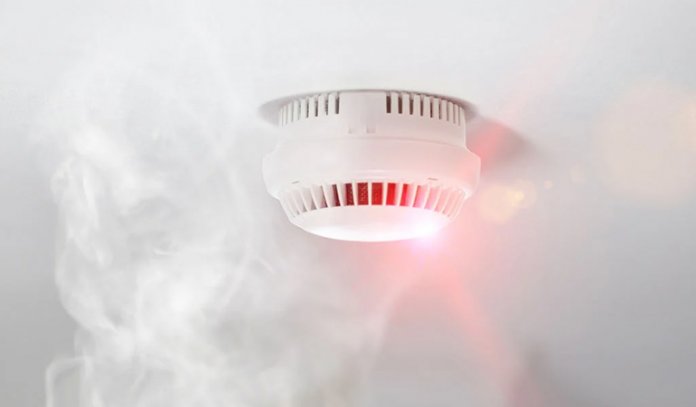 A smoke detector can save lives and relieve you from unnecessary stress. Imagine not being able to detect a fire in the middle of the night when you are fast asleep due to a malfunction. We know, even the imagination gets too frightening! To avoid serious damages and fire hazards like these, smoke detectors are an essential part of every household. According to surveys, a significant percentage of households that see accidents due to fires do not have smoke detectors installed. This affordable and economic equipment should be installed at the earliest for the safety of you and your family.

However, with so many choices and types out there, buying the right smoke detector might get a little overwhelming. In this article, we are going to clarify all your doubts and walk you through all the details involved in this buying process. Take a look at some of the most recommended smoke detectors that are efficient, durable, and quite popular with the people.

Smoke detectors are majorly divided into two categories, wired and wireless forms. Although the wireless ones are much convenient, many people still prefer the conventional wired detectors. But in the end, it entirely depends on your requirements. However, read our blog, wired vs. wireless smoke detectors to know about their advantages in detail.

These smoke detectors have electrodes that produce a low current through the ionized air. In case of any presence of smoke, the alarm goes off, alerting the housemates. These are better in detecting small flames or fires too.

Photoelectric smoke detectors detect the fire through light. They have a light sensor and a light beam for the detection process. Generally, the light beam is away from the sensor, but when there is fire, the smoke particles scatter the beam. This causes some light to fall on the sensor and it signals the residents with an alarm.

In the below-mentioned section, we have tried to answer some of the most frequently asked questions. Read on to find out more about these gadgets.

Where to Install a Smoke Detector?

Smoke detectors are ideal for only specific locations and away from stoves, dishwashers, cloth dryers, and other products which generate heat. Since the natural tendency of the smoke is to rise vertically up, the best location for a smoke detector in the middle of the ceiling.

How to Install a Smoke Detector?

Typically, smoke detectors should be installed in every room of the home. But the most favored place is usually on the kitchen ceiling as most of the electric appliances are kept in a kitchen like a microwave, toaster, etc. Repeat the following steps to install:

How Many Smoke Detectors Do I Need?

As mentioned before, smoke detectors should be placed in every room and outside every sleeping area. For instance, a two-story home with five bedrooms should have at least seven smoke detectors. There is no such thing as having too many smoke detectors so you can install as many as you want for the safety of your family.

How to Clean Smoke Detectors?

It is recommended to clean the smoke detectors every six months. For the cleaning process, you can remove the face of the unit and gently clean the detector’s insides by a vacuum cleaner. To clean the outside vents, you can use some detergent and damp cloth to remove the buildup. We have tried to cover more troubleshooting questions in our blog, to help you deal with smoke detectors efficiently.

How to Dispose off Smoke Detectors?

Photoelectric detectors can be disposed of without any extra measures as long as you have removed the battery. For ionization detectors, it is important to dispose of them carefully as they have radioactive material. You can either give them to local hazardous waste collection centers or send them back to the manufacturer. These small steps can contribute to a better environment. As a responsible citizen, it should be your duty to be vigilant.

Smoke detectors last for years and there is not much you need to do for their maintenance. The basic routine involves testing them every month to check their functioning. It is also recommended to clean them after regular intervals of time. Battery-powered ones have to be replaced with new batteries when the detector chirps indicating a low battery.

As most homes have more than three or four smoke detectors, it is advised to go with the variants that can be connected so that if one detector goes off, all the others go off as well, thus alarming everyone in the house.

Most smoke detectors cost you around USD 10 and are really affordable. However, if you want more features, the cost increases. Detectors that sense carbon dioxide (CO2) and carbon monoxide (CO) require more investment.

Some smoke detectors can emit loud noises for people who are partially hard of hearing. For instance, Kidde Smoke and Carbon Dioxide alarm is the best smoke detector in this category. Other detectors include visual warnings using strobe lights. The intensity of these lights is generally high and can wake up a sleeping person.

Do not shy away from buying smoke detectors. Only a few products in the market are so important. In fact, smoke detectors are a mandatory addition in households across the majority of the states in the Continental US. Abiding against them is a punishable offense with a heavy fine. These detectors can save your life and protect you from potential hazards. We hope this blog has been able to clarify your doubts about smoke detectors.

Alex Anderson
Our lead experts-analyst, Alex Anderson, has reviewed hundreds of electronics devices, automotive gadgets, and other products in more than 10 years. He a journalist, software trainer, and sometimes Web designer. Alex writes news stories, columns, and reviews for us and other popular sites and publications.
RELATED ARTICLES
For Home

How to Soundproof a Home Theater – Easy and Right Way