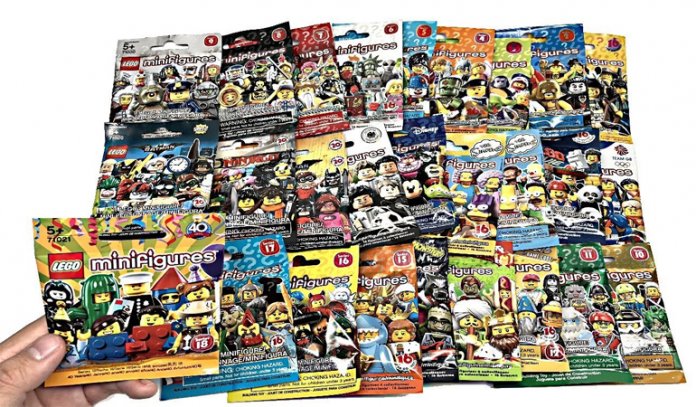 Playing with LEGO can benefit kids on many levels. Whether your child loves playing with LEGO individually or in a group, this popular toy helps them not only have endless fun but learn and develop too.

LEGO is a great addition to your child’s collection of educational toys. It promotes communication and language skills as children learn how to communicate while collaboratively building LEGO models.

That being said, playing with LEGO construction sets encourages teamwork and boosts a child’s social skills.

Playing with LEGO can be frustrating at times when one small move causes all the bricks to tumble down.

However, repeatedly building and creating can help your child develop skills such as stress management and perseverance.

Also, manipulative LEGO play can have a relaxing and calming effect and help children who experience anxiety and stress.

Toddlers or teens, our kids are so into LEGO.

What makes it so fascinating?

Let’s delve into this fabulous toy.

The first LEGO toys originated in Denmark. In his workshop in Billund, a town in central Denmark, Ole Kirk Christiansen began making wooden bricks in 1932. Two years later, he named his company LEGO. The name comes after the Danish phrase “leg godt,” which translates into “play well” in English.

The first plastic LEGO brick was created in 1949.

The company has passed from father to son, and it is currently owned by Christiansen’s grandson, Kjeld Kirk Kristiansen.

Why Was LEGO Created?

The story of famous LEGO toys began in Christiansen’s woodworking shop. He was a carpenter in Billund, who started making wooden toys in 1932. At first, Christiansen’s shop produced wooden furniture.

However, the entire building, including their family home, was destroyed in a fire accidentally set by his son in 1924.

But the carpenter didn’t give up with a loss, but he built a larger workshop. Hard times continued, though. Not only that the word sank into a great depression, but Christiansen was bowed by a private tragedy when his wife died in 1932.

Crushed by personal and financial loss, Christiansen laid off most of his staff and worked mostly alone. He decided to make inexpensive goods from wood that he might sell. Cheap wooden toys were among those goods.

His love for toys and determination propelled the company ahead and created one of the world’s most famous brands.

How Does LEGO Name the Mini Figures?

Some of the most famous figures from the first 2010 series are Tribal Hunter, Cheerleader, Robot, Skater, Zombie, Spaceman, and others.

What is LEGO DUPLO?

First LEGO DUPLO figures appeared in 1977. These are LEGO building sets designed for toddlers one and a half to five years old.

DUPLO bricks are double the length, height, and width of traditional LEGO bricks.

These larger, chunkier bricks are easier for small hands to hold and manipulate. Their size also eliminates the choking hazard, so they’re safe for younger toddlers.

LEGO DUPLO building sets generally come with less pieces than regular LEGO sets, making them easier for toddlers to put together and play with.

What is LEGO Friends?

LEGO Friends is a type of LEGO construction toy designed for girls. The company introduced the Lego Friends series in 2012 with mini-doll figures that are more detailed and realistic than traditional Minifigures.

What is LEGO Creator?

Lego Creator includes sets with specialized bricks to create creatures, robots, buildings, and vehicles, and it is intended to provide an exciting building experience for people of all ages.

What is LEGO MOC?

LEGO MOC stands for Lego My Own Creation. These sets are designed and created by LEGO fans.

What is LEGO Technic?

LEGO Technic is a line of Lego construction sets for older children and adults. These are the sets of interconnecting plastic rods and parts that allow for more complex models’ creations.

What is LEGO Ninjago?

LEGO Ninjago playsets include ninja figures inspired by the Ninjago television series. Each Ninjago playset features some of the main characters, locations, weapons, and vehicles from the corresponding series season.

What is a LEGO Robotic Kit?

What is the Largest LEGO Set Ever?

LEGO’s 75192 Ultimate Collector’s Edition Millennium Falcon holds the record for the most massive individual LEGO set made so far. The set contains 7541 pieces.

What is the Hardest LEGO creation to Build?

How Much Does the Average LEGO Set Cost?

What is the Most Expensive LEGO Set in the World?

How to Replace Lost LEGO Bricks?

To replace your little one’s lost or damaged LEGO bricks, simply go to the LEGO’S customer service section on their website, choose the option “Bricks and Pieces,” and you will see the available options for replacing lost or damaged bricks.

How to Easily Clean Dusty LEGO?

The easiest way to clean your dusty LEGO bricks is by using a soft microfiber cloth, dish soap, and warm water. After you rinse them, spray your LEGO with a disinfectant solution and let the pieces air dry before joining your child in endlessly fun LEGO creation.

What To Do If Your Child Swallows LEGO

More than 80,000 kids in the US end up in the ER for swallowing things that aren’t food. If your child swallows a LEGO piece, try to stay calm and seek medical attention.

The vast majority of kids who swallow LEGO or other small items will be fine as the swallowed object will drop into their stomach and be passed in 3 to 5 days after without causing any harm.

However, it is always best to seek medical attention if you are uncertain about anything after your child has swallowed any kind of foreign object.

What is National LEGO Day?

There’s no denying that the invention of LEGO has made a huge impact on every child’s life, from toddlers to teenagers.

It remains one of the most popular building toys and has stood the test of time over and over, because of it’s continuous innovation, design, and appeal to the masses.

Even adults enjoy the larger LEGO sets and love creating all sorts of wonderful structures and designs with their children.

Every child deserves to enjoy playing with LEGO as it allows their imagination, confidence and creativity to soar.

And LEGO DUPLO makes it completely safe for toddlers to get in on the LEGO action too.

Most importantly, LEGO grows with your child, giving you real value over time.

Alex Anderson
Our lead experts-analyst, Alex Anderson, has reviewed hundreds of electronics devices, automotive gadgets, and other products in more than 10 years. He a journalist, software trainer, and sometimes Web designer. Alex writes news stories, columns, and reviews for us and other popular sites and publications.
RELATED ARTICLES
Toys & Games

The Best Educational Toys for Children Under 1 Year