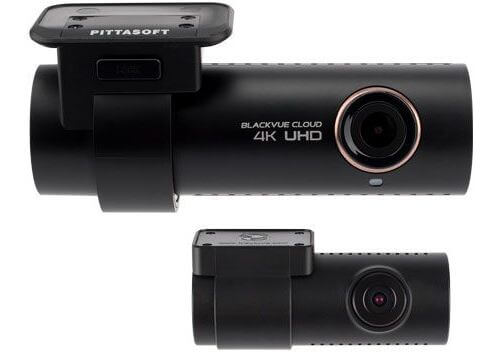 I am going to be reviewing the BlackVue DR900S-2CH (4K) vehicle dash camera. I have been using this camera for a few weeks now and I love it. Note–I’ve been using their DR750S-2CH for a year now, and I’ve got to say I love their dash cams. I’ve used a wide variety of dash cams, and the BlackVue are the best on the market in my opinion.

With that being said, there are some aspects they could improve on to make it actually worth the price tag.

Like other BlackVue dash cams, the DR900S can connect to the BlackVue Cloud if you have a portable access point in your car. The cloud allows you to view live footage from anywhere over the internet, send alerts to your phone, and talk directly to the driver using two-way voice communication.

At this time, BlackVue are the only brand that let you live stream video from your dash cam. A basic version of BlackVue’s cloud account is available for free, allowing you to stream a limited number of minutes per day. If you’d like to stream more than a few minutes, you’ll need to upgrade to a paid account. 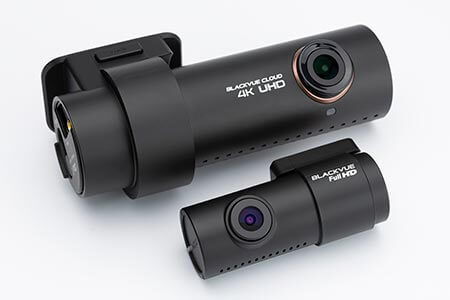 For example, to add more then one camera you must subscribe to BlackVue cloud service. The service costs $20 month and includes unlimited live view, 600 replays or downloads per month, 15GB of Cloud Storage, and GPS tracking. These are some great features and all, but to be able to use them you will also need to get a WiFi Hotspot in your car, which you’ll need to get from your cell provider at an additional charge of $40+ per month for unlimited data–which is what you will want. So then you’re looking at $60+ per month just for a dash cam.

I would be more willing to pay the $20 per month for the BlackVue cloud service if the dash cam had built in 4G LTE and the service included this.

Which brings me to my next product–the BlackVue Power Magic Ultra Battery. I love this. Your car charges the battery while you’re driving, but when you leave your car the battery powers the dash cam so it will continue to record. As someone who has previously had someone break into my car overnight, this may have lead to their capture if I would have had the BlackVue dash cam at the time. That being said, the battery lacks USB Ports, which would have been great for powering a wi-fi hotspot.

In my opinion, the battery pack is a must if you get the BlackVue DR900S-2CH. Also, I would suggest hard wiring them to the vehicle. The battery charges 3 times faster hardwired vs using the 12V port inside the vehicle. You can connect multiple battery extensions to add more capacity which is a great idea. And I will be getting a few.

On a scale of 1 to 5–with 1 being easy and 5 being extremely difficult–the level of install is a 2.5. The hardest part was the back/rear camera, and trying to get it through the grommet on the hatch lift with all the other wires. But, as long as you have an old wire hanger you can bend it and pull the wire through. It took me a total of 25 minutes to install the front camera, back camera, and battery pack in my car. For comparison, my wife’s 2015 Jeep Grand Cherokee took me over an hour just to install new headlights as they had to make that so difficult. 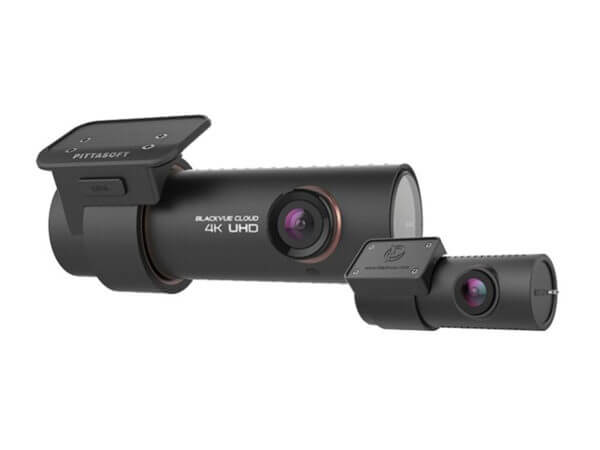 I like how compact the dash cam unit is. It hides up behind the rear view mirror so you don’t even know it’s there. Compared to a lot of these other dash cameras on the market that are big or have their own dedicated screen that you have to place on the dashboard somewhere where you can see the screen.

The lack of screen brings me to another thing I would like to see. I would like to see a dedicated optional video output that could connect the camera to a vehicle’s built-in display. Then, if you wanted to, you could see the video on your vehicle’s built-in display. Since there is a rear camera why not have a backup camera function also where–when put the car in reverse–the rear camera automatically appears on your vehicle’s display?

These are just a few of the features I would personally love to see in the next version of the BlackVue DR900S-2CH dash cam.

Overall, though, this is a great product with the best video quality I’ve seen in a dash cam. Even the older DR750S at 1080P was the best I’d seen, and this one raises the bar to 4K. It has several great notifications you can setup or disable based on your preferences such as motion detection in parked mode. I would definitely recommend the BlackVue DR900S-2CH if you’re in the market for a vehicle dash cam.

Alex Anderson
Our lead experts-analyst, Alex Anderson, has reviewed hundreds of electronics devices, automotive gadgets, and other products in more than 10 years. He a journalist, software trainer, and sometimes Web designer. Alex writes news stories, columns, and reviews for us and other popular sites and publications.
RELATED ARTICLES
Dash Cams