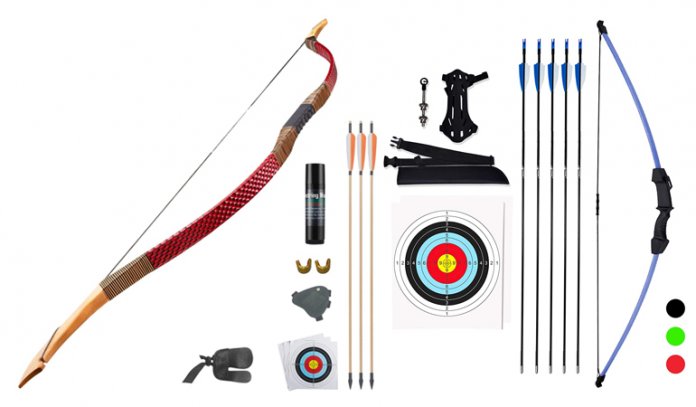 Whether you’re an experienced hunter or you’re learning the ropes, there are many differences between short bows and longbows. Both of them are excellent choices, but there’s no denying their functionality. The good news is you’re in the right place to learn all of the dissimilarities.

When it comes to a short bow vs. longbow, short bows are better for portability and quick aiming, but longbows can shoot further and more accurately. A short bow is usually more affordable than a longbow, which is worth considering if you’re on a budget. Many longbows are twice as long as short bows.

This article will also show you the following details about a short bow vs. a longbow:

Shortbow vs Longbow: Introduction and Origins

Short bow is much more common in ancient and recent history worldwide. Their portability and quick fire rate make them useful weapons for hunting, but they used to be found in battles in many parts of the world.

Although longbows weren’t as common, many have been found dating thousands of years old.

If you’re thinking about getting a short bow or longbow, you’re likely interested in the history behind both weapons. It could be a deciding factor, which is why we’ve broken down each of them into separate sections.

Here’s a quick history of short bows and longbows:

hort bows were used by Genghis Khan and his warriors. They were prized for their usability while riding horses since they didn’t limit movement.

Unlike longbows, these didn’t cause elbow strain or clunky maneuvering. For this reason (among many others), short bows have been found in Native American Tribes, Medieval battle sites, and so on.

These days, short bows are used for hunting, but not so much for battles. They’re not nearly as precise or impactful as modern weaponry, but their nostalgic feeling and seemingly silent arrow release make them a top choice for thousands of hunters.

It’s safe to say hunting with a short bow isn’t going out of style any time soon.

Longbows weren’t nearly as common as short bows for a few reasons. For example, they’re not the best choice for mobility or horseback riding.

However, they date back thousands of years, much like short bows. Longbows were primarily found at stationary posts where people didn’t have to move around too much. This location provided optimal conditions for accurate firing.

In modern times, longbows are used for hunting from far distances and large animals. They provide a powerful trajectory, thanks to the added force for additional bow and string length.

This combination makes them a top choice for hunters who don’t want to move around too much, though many longbow hunters find them worth the wait.

Longbow vs Shortbow: What to Expect

Short bows are undoubtedly more popular. Any bow under 5’5” is considered a shortbow.

With this reasoning, almost every bow worldwide is a short bow, but there are many longbows on the market if you want something bigger. Longbows aren’t only known for their size and precision, though.

If you’ve never used a shortbow or longbow, now is a better time than ever. Bowhunting is an ever-growing sport, which is why it’s important to know the many differences between the two primary bows.

Below, we’ll cover what you should expect when using these two different types of bows.

Those who use a longbow should expect much more resistance since it requires more force to draw the string. 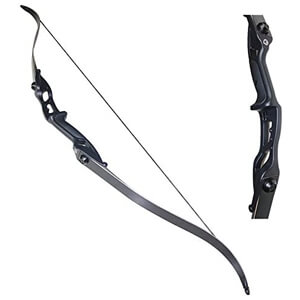 However, the force translates to far-shooting and much better precision compared to short bows. Longbows are better for stationary hunters who set up a hunting blind or camouflage with their surroundings.

You can choose between several sizes to fit your hunting style. It has a 30” maximum draw length, a maple interior for durability, and a fiberglass exterior for optimal flexibility.

If you choose a shortbow, you should expect optimal portability, a lightweight design, and a quick firing rate.

Short bows have been popular for horseback riding, but they’re also a great choice for turning corners or chasing an animal you’re hunting. 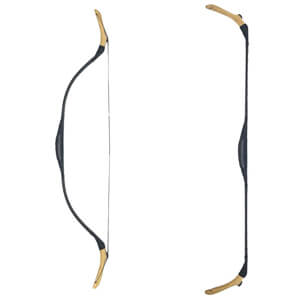 Short bows are often three feet long, though some are slightly shorter, and others push up to five feet long.

The AliArchery Turkish Bow is a top-notch example of an efficient, affordable short bow. You can choose a variant for right-handed or left-handed archers.

This bow has between 25 to 50 pounds of force, which is more than enough for hunting small and medium-sized animals. The cow leather grip provides an ergonomic feeling while the fiberglass construction flexes without breaking.

As with all hunting tools, short bows and longbows aren’t perfect. There are many advantages and disadvantages of using both weapons, which is why you should know both sides of the story before making your final decisions.

Since short bows have been around longer and are more common throughout history, there have been more improvements. That being said, you shouldn’t leave longbows in the dust. The draw length and size are far from the sole differentiating factor.

Let’s review the pros and cons of these different types of bows below.

Pros of a Longbow

Cons of a Longbow

Pros of a Shortbow

Cons of a Shortbow

When comparing a shortbow vs. a longbow, it’s impossible to say one is definitively better than the other.

They both present excellent features you can’t find in the other, so it depends which type of hunter you are, how mobile you’d like to be, and how big of a budget you have.

That being said, longbows are generally better for precision, while short bows are better for speed.

When to Choose a Short Bow

If you prefer quick firing, target practice, or you’re a beginner, short bows should be your first pick. They’re lightweight and fun to use, even if you’re not a professional. Most people who’ve excelled when using a longbow started with a shortbow.

They’re also much more affordable, which makes them a no-brainer if you’re testing the water.

Short bows are much more than beginner tools, though. The quick firing rate shouldn’t be overlooked, nor should the portability and capability to be used while riding a horse. These small perks make a significant difference for many archers.

When to Choose a Long Bow

Longbows provide optimal precision and distance, unlike most ancient weaponry. They’re the best choice for those seeking large prey, heavy arrows, and a unique hunting experience.

They might be a bit pricier than short bows, but longbows have their place in the hunting industry. Since anything over 5’5” is considered a longbow, there are countless options to choose from.

If you choose a longbow, you’ll have to deal with a heavier draw. This problem is much more apparent for smaller body frames, so keep it in your mind.

Fortunately, you can choose a smaller draw strength to accommodate your needs.

Short bows and longbows will be around for many years to come. They’re quieter than rifles, more nostalgic than most forms of hunting, and often yield a cleaner skinning and gutting process.

Both a short bow and a long bow offer specific advantages and disadvantages. So, you should select your option precisely as this can make or break your hunting or archery practice.