What is the History of Beer? 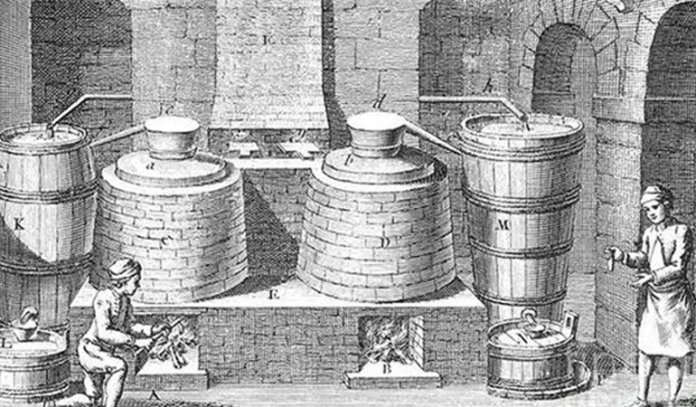 Did you know that beer is one of the world’s oldest beverages? At roughly eleven thousand years of age, it is almost as old as agriculture and civilization itself! This should not come as a surprise, seeing as how the prerequisites for making beer – the cultivation of grains, clay containers, and cool storage places for it to sit and ferment – all are markers of early civilization. Since that time, it has grown to become one of the most popular “adult” beverages in the world. It’s total global consumption is four times that of wine, and even in societies where alcohol is forbidden (places like Lebanon, Iraq, Syria, and many Islamic African nations), it is considered an indispensable part of social interaction. Like it or not, beer is a part of our social and cultural makeup and doesn’t appear to be going anywhere.

But how and why beer came to be is still the subject of debate. The first recorded indications of beer are from ancient Mesopotamia, dated from ca. 4000 BC, where clay tablets with cuneiform writing informed scholars of the importance of beer to the people’s daily lives. It was considered equal only to bread making, and was done primarily by women. The best that historians can gauge, at some point in Sumerian history, someone must have accidentally dropped a loaf of bread into a clay urn and forgotten about it. The bread then fermented to form Wort, the mash that is created when natural sugars in grain are allowed to combine with yeast to produce alcohol. When they returned, the mixture must have then been sampled, with deleterious effects! From then on, beer was in indispensable part of Sumerian society. In fact, other cuneiform records indicate that beer was rationed in Sumerian (and later, Babylonian) society. Peasants were entitled to three liters a day, the aristocracy was entitled to four, and priests rang in at the top of the hierarchy, drinking a whopping five liters a day. (On a possibly related note, did you know that the average life expectancy was in the mid-twenties?)

Much like agriculture, beer making then spread throughout the Fertile Crescent, to North Africa, and then Europe. Egyptians are known to have produced both, possibly indigenously. Like the ancient Mesopotamians, they combined baked bread with water to produce the alcoholic Wort. And like their predecessors, they considered it to be the nectar of the Gods. Priests drank the lion’s share of it, mainly to assist in their spiritual practices. The Greeks and Romans drank it heavily, and continued to do so even after the invention of wine. Wine became the drink of choice of the aristocracy, but beer remained popular amongst the plebeians, and was seen as the choice of the “barbarian hordes”. By this, of course, they meant Europeans. Many Roman sources claim that the German tribes were especially fond of beer, which they fashioned from wheat and fruit.

Aside from the mention from Roman sources, oral traditions tell us much about beer making in Europe. Modern archaeology now places the introduction and spread of beer through Europe at about 3000 BC. This was carried out largely by Celtic tribes, who were themselves renowned agriculturalists. Beer was brewed mainly on a domestic scale, and alongside the basic starch source, the early European beers contained fruits, honey, numerous types of plants, spices and other substances such and “special” herbs. As already mentioned, wheat was also a favorite among the later Germanic peoples when making their brew. “Whitbear” and “HeffeWeizen” (Wheat beer) remain staples of the German brewing industry to this day.

With the fall of the Roman Empire, beer once again became a favorite amongst social drinkers and alcoholics alike during the Middle Ages. Often, creative brewing processes led to bad batches of beer that caused people to hallucinate, get sick and even die. This was attributed to “beer witches”, who were then burned at the stake. It was not until sometime later that brewers began to understand that perhaps it was their choice of ingredients. As a result, mushrooms and herbs (like wormwood) were no longer added. Instead, brewers began to rely increasingly on a flowery plant known as hops. These, when combined with wort, were known to give beer a crisp, bitter taste, and even helped it to keep longer. The first recorded mention of hops in Europe was around 822, by a Carolingian Abbot and again in 1067 by the great historian Abbess Hildegard of Bingen. The Trappist Monasteries of Belgium began using it exclusively by the 15th century, and in 1516, the Bavarian Purity Law was passed stipulating that beer be made using only water, hops, barley (or wheat), and yeast. This tradition remains in effect to this day, though many breweries are returning to their “noble” roots by adding fruit and other flavorings to their product.

Several other developments took place during this time. Traditional beer was known as “Ale”. Ale relied on top fermenting yeasts, a fermentation process that took place at warmer temperatures, and was not strictly controlled. This resulted in a beer that was fruitier, maltier, and more complex to the palate. Several types of beer, which we are still familiar with today, emerged all over Europe. The best known amongst these are “Pale Ale”, “Auburn Ale”, “Stout”, and “Porter”, which are still served in large quantities to this day. In addition, by the late Middle Ages, a new type of beer was being made. This beer was fermented at lower temperatures, resulting in bottom fermenting yeast, and the result was a crisper beer, best when served cold, and generally more refreshing. This new form of beer was known as “Lager”. Several types of it emerged since the Middle Ages, which included “Marzen”, “Bock”, and “Pilsner”. These all gained widespread popularity all over continental Europe while the British Isles remained havens for more traditional Ales. For beer drinkers, the debate still rages over which is better, lager or ale. (It should also be noted that at this time, beer became more and more the task of men. Whether this was due to the myth of “beer witches” or the realization that beer was big business, men gradually supplanted women as the brew masters. For shame!)

Another major development in the history of beer occurred shortly thereafter: the Industrial Revolution. Beer produced before this time continued to be made and sold on a domestic scale. With the introduction of steam engines and automation, however, the production of beer moved from artisanal manufacture to industrial manufacture, and domestic manufacture ceased to be significant by the end of the 19th century. The development of hydrometers and thermometers changed brewing by allowing the brewer more control of the process and greater knowledge of the results. Louis Pasteur’s research was another boon, in that the newfound knowledge of bacteria allowed for the development of yeast cultures, filtration, and pasteurization. All of this meant that beer could not only be made on a large scale, it could also be counted on to keep longer, which allowed for large scale export. By the end the 19th century, beer became a business without borders, with major breweries exporting from all over the world.

Today, the brewing industry is a global business, consisting of several dominant multinational companies and many thousands of smaller producers ranging from brewpubs to regional breweries. As of 2021, Europe, in general, consumes the most beer in the world. The country that tops the list is the Czech Republic, with 143.3 liters consumed per capita. Beer in the Czech Republic is cheaper than bottled water (typically $1 USD for a half-liter of beer), and the country is the birthplace of the pilsner. Seven other European countries make the top ten list of per capita beer consumption in the world: Austria, Germany, Poland, Ireland, Romania, Estonia, and Lithuania. It remains an industry run for, and targeted overwhelmingly to, men, but women are becoming increasingly involved in both the production and consumption aspects once again. Craft brewing is also becoming fashionable again, as the growth of brewpubs and microbreweries clearly indicates. Who knows what the future holds? How will future technological or social developments affect our attitudes towards beer? One thing remains clear though: beer is and probably always will be an indispensable part of our culture.