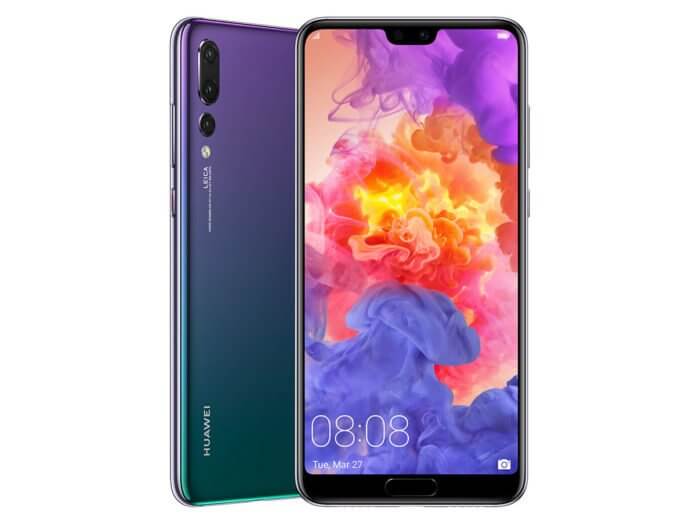 Huawei introduced its latest smartphones from the flagship line-P20 and P20 Pro. The international presentation of the updated line was held in the French capital, Paris. The P20 and P20 Pro are an extension of the P10 and P10 Plus smartphones, and this time the differences from the previous models are much greater than before. Perhaps, P20 and P20 Pro can be called “new generation” without any discounts. What is only an unusual triple camera installed in Huawei P20 Pro! It is really unique, and today we will analyze all the details and its capabilities, and everything else that is capable of the most powerful smartphone Huawei.

Even in terms of design, the new P20 series models are markedly different from their predecessors. Completely vanished any dullness, all surfaces are now smooth and shiny. The side rim is made of metal, polished to a mirror state, looks like real steel and pleasantly cool hand. The front and back panels are glass, and the back wall has such an expressive substrate that the entire back part glitters in the sun, you can see your own reflection in it, as if in a mirror. 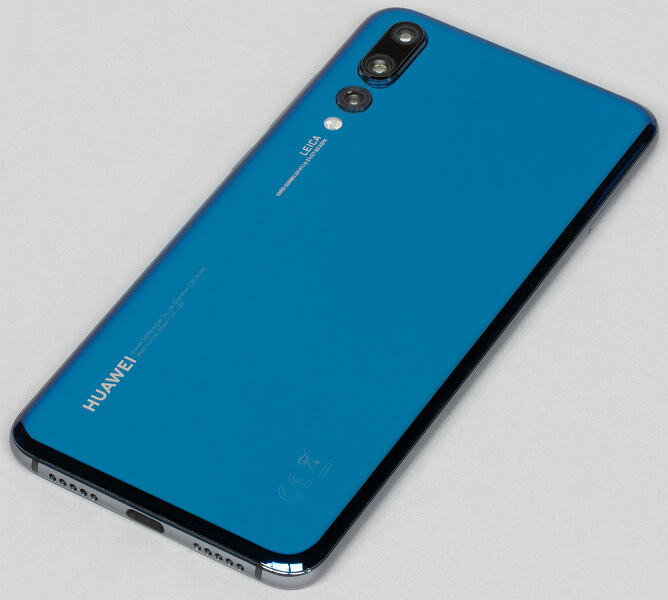 There is no need to explain that these surfaces are the most slippery of the possible. Quite a heavy smartphone with such smooth surfaces and streamlined forms clearly needs a protective cover, especially given its high cost and the likelihood of slipping out of hand at any time. At the top of the screen there is the notorious “bangs”, famously adopted by all manufacturers from Apple literally overnight. The screen itself has strongly rounded corners, and the protective glass has sloping edges. Above the screen mounted led indicator — this microscopic dot in the area “monobrow” is barely visible but it is there.

Huawei P20 Pro smartphone is equipped with an OLED display, covered with 2.5 D-glass with sloping edges. The physical dimensions of the screen are 67×140 mm with a diagonal of 6.1 inches, the aspect ratio is approximately 19: 9. The screen resolution is 2240×1080 with a point density of about 408 ppi. The frame around the screen has a thickness of 3 mm on the sides, from below and above-about 1 cm, and if you do not count the “bangs”, then the top is only 4 mm.

It is possible to use automatic brightness adjustment based on the operation of the ambient light sensor. Multi-touch tests diagnose support for 10 simultaneous touches. Supports work with the screen in gloves, it is included in the settings. The front surface of the screen is made in the form of a glass plate with a mirror-smooth surface, resistant to scratches.

The novelty of Huawei P20 Pro installed a lithium-polymer battery with a capacity of 4000 mAh (3.82 V, 15.28 WH). Among the flagship smartphones such capacity is rare. However, for” pumping ” six-inch screen with a brightness of 400 CD/m2 is the usual value.

I have been using the P20 Pro for almost two weeks as the main device, that is, it has a SIM card, data transmission over the network and GEODATA is enabled. In addition, it was possible to test in roaming.

The figures are as follows: if to strain the phone in full for 18-20 hours, then you’ll have 5-6 hours of illumination of the screen (brightness), with light load, the device lives for 48 hours, and the screen lit for approximately 4 – 4.5 hours (brightness). At the same time, WhatsApp, Telegram, Twitter, Messenger, periodically Google and Yandex maps, calls 20-30 minutes through the cellular network and messengers are constantly working in the background.

Final opinion on Huawei P20 Pro Review. The main feature, for which it is worth taking the P20 Pro from Huawei, has justified itself by almost 100%: the camera in the smartphone can be considered the best in its class – competitors can still rest on the sidelines. Of course, shooting at night, triple optical zoom and five-fold hybrid zoom are not necessary for everyone, but now is the time in which your smartphone should at least something stand out. “Show gruel” was a success!

It is wrong to consider a particular device only from the point of view of cameras. So let’s talk about the shortcomings and positive aspects that I found after a long test.

The appearance is nice, but the back side is extremely soiled. In my subjective opinion, the phone lacks Bluetooth 5.0 and wireless charging. Despite a laudatory ode to the cameras, they have some strange moments (the beautification from the zoom camera, slurred 960 fps, medium quality video). I will hope that all of them will be corrected with the new firmware. The lack of audio Jack of 3.5 mm is very bad in my opinion.